Travel from Germany to Indonesia

This INTRO is just February 2017 in beginning-...
transfering some content it from my soon not more available VirtualTourist- site.....

Comment: This first steps at TP here - will be completed step by step

Indonesia- next time I will talk a at this place some more about Indonesia -
so, yes maybe "Indonesia the unknown country" is a good title here.

See here special in Batik: Tanah Air- Insulide, the land of the so much greater and little islands. 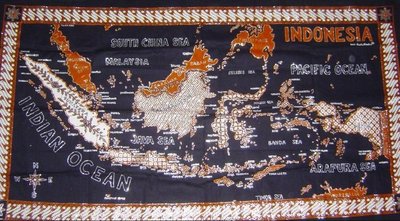 So let me here start with the main city , the "Ibukota" Jakarta:
If one comes to Indonesia, in most cases the travel will go via Jakarta. 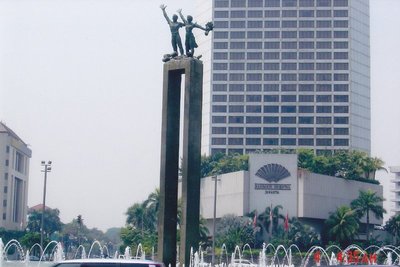 So same it was for me- had only short time, but this never sleeping town is worth for a weekend, a little stay at begin and end the travel.
So I can´t say more than as `from birds eye view` - anyway, but i'm convinced to see Jakarta is a must.
For to understand a little more about Indonesia even the history seeing a little in the Oasis Restaurant with the old holland Riijstafel.. 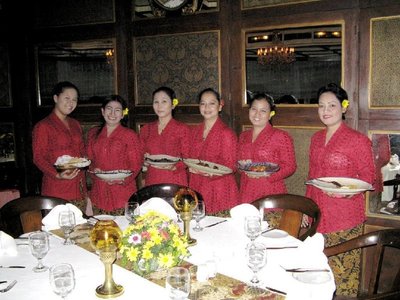 Bandung in the Preanger Mountains is worth a travel- special atmosphere in the greates sunanese town, great universities 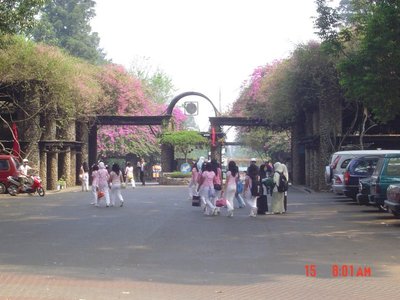 Bandung even with much sightseeings around in the more fresh mountain areas with sleeping volcanos like the "Tankbanperahu" near Lembang. 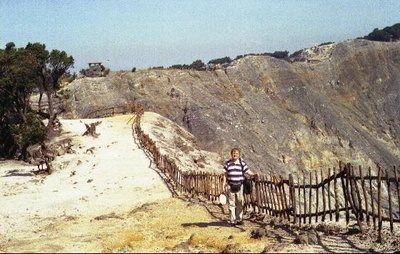 In special interested in Astronomy is the way to the Bosscha Observatory. 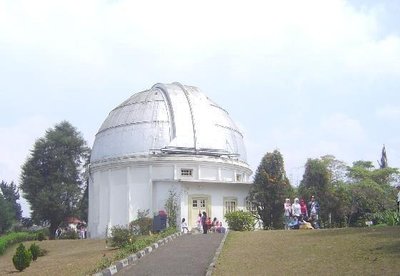 Other nice places are Indonesias in the eastern islands. Here in special Ambon and the lease Islands 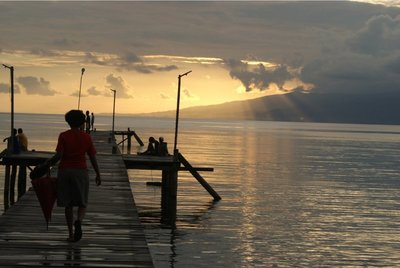 Here at the beach at sundown in one of the nice and wild eastern equatorial islands of Indonesia here Pulau Saparua in Maluku. At the beachbridges of the little villages is a nice place, it is good to sit and talk. At picture here just after the end of raintime 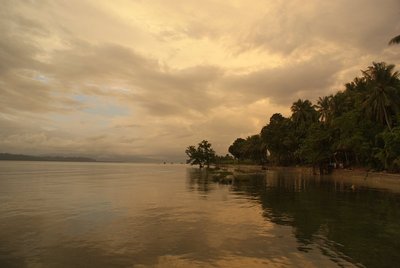 Here a view in Pulau Saparua in the centre of a nice little village in north. 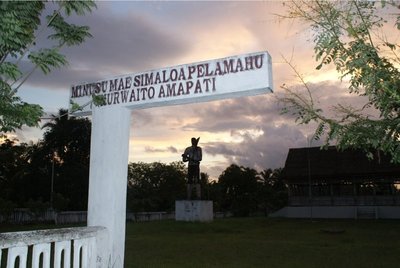 Another interest place for me is the Tanah Batak in North Sumatra. 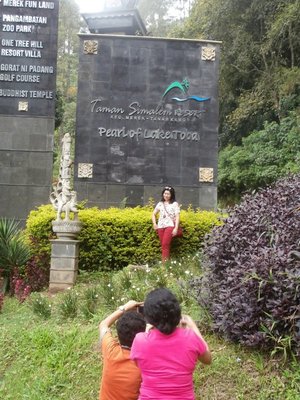 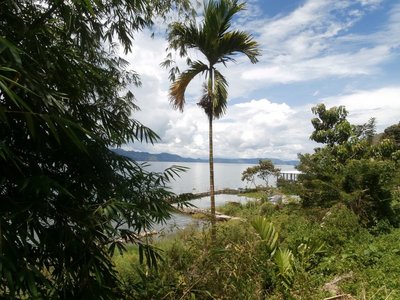 So let me end this INTRO today with "Pros and Cons":
• Pros: Interesting Country, friendly people, interesting culture
• Cons: Too short holidaytime for travel, too fare away, everytime the same: no time
• In a nutshell: Hope able to come soon again for a visit to Indonesia-"sampai jumpa lagi"