Bandung, the great old and new city in West Java

Kota Bandung in Jawa Barat, the old and new university city in the Preanger mountains, - some traveller views over the years


My impressions in and around Bandung
Shure there is much to write and to say about Bandung, the great capital of West Java. But one special it is there nothing in other great cities: The vulcanos around! 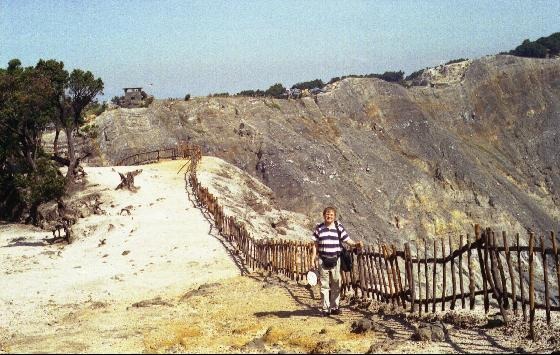 Visiting the vulcano Tangkubanperahu is a must in Bandung. It is a "drive-in Volcano"- very tourist friendly. Here at a sunny day - and so good to see at picture the sulphur stone layers of the volcano. In behind the mountain station with read -white Indonesian flag. Looking south, in the far grey behind, mostly not to see-- the greatest city in West Java: BANDUNG.

In next photo the caldera of Tangkubanperahu is seen- occupied by the usual sightseeing business in Indonesia. 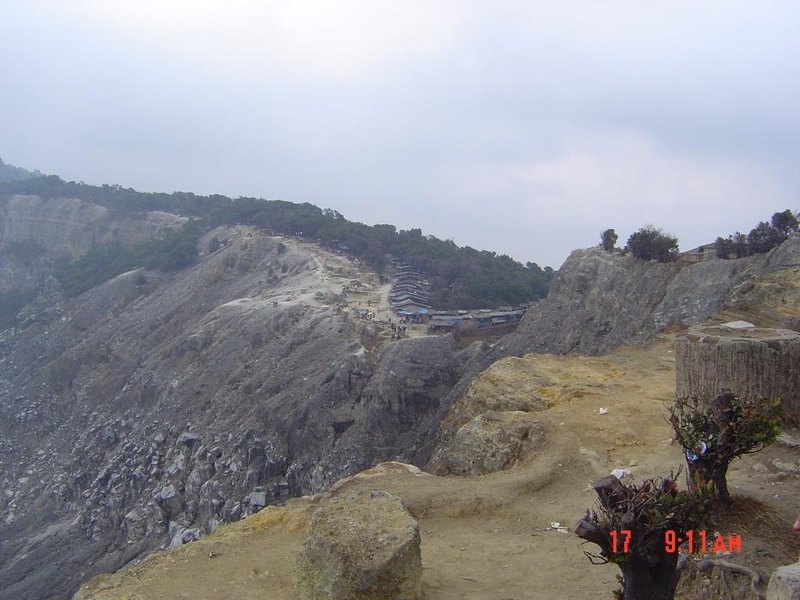 If the weather is not so clear, it can be like this photo - the haze seems to be like between heaven and earth, 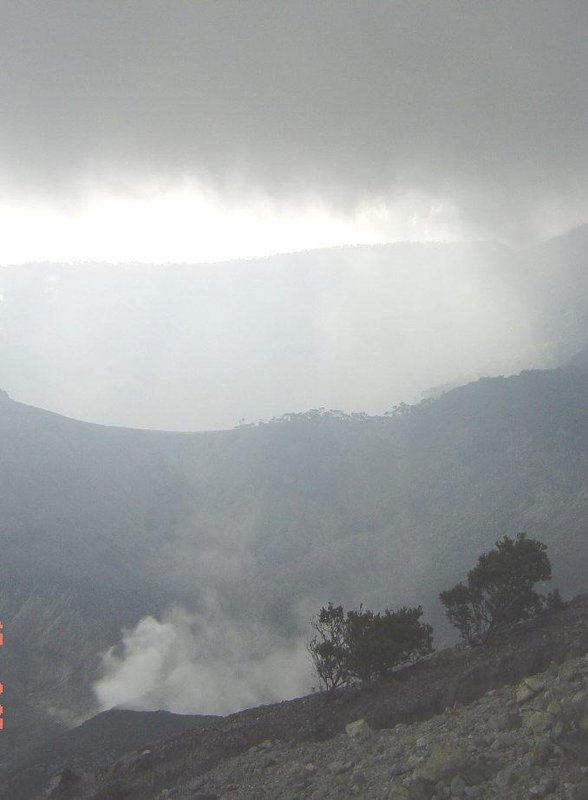 At good weather the volcano Tankubanperahu is from central Bandung in north direction good to seen, the caldera has a hight so about 1800 m. 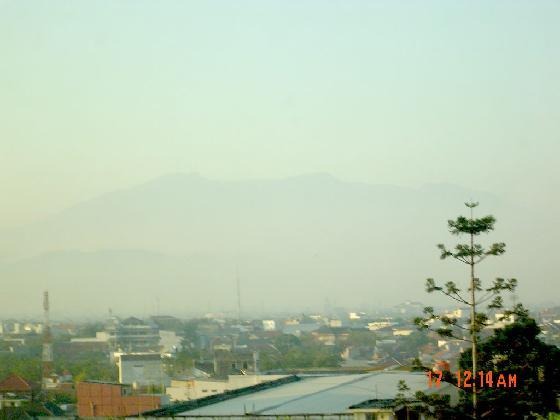 Related to the volcano mountains, since old time is the "Museum Geologi" of interest in different ways- from the time of Holland administration to Indonesias research fields today.
At this photo some years ago, Mrs. Drs. Julianty M. (antropolog), showing a contemporary exposition some times ago. 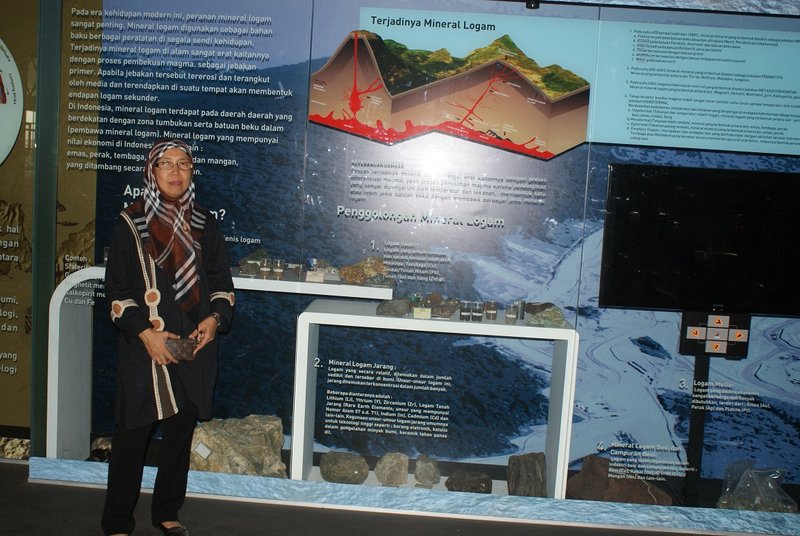 Next a memorial plate to Mr. Rainder Fennema from 19.th century when working in the outback as geologe was a little more difficult than today. 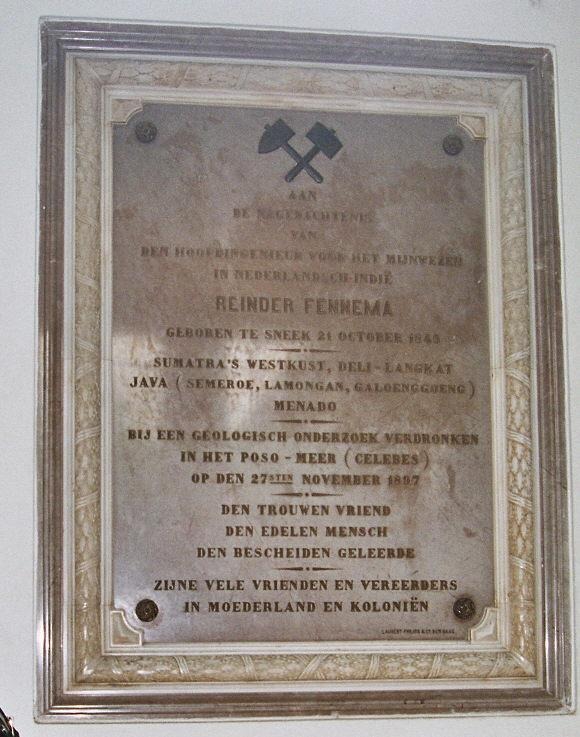 Bandung, the University Town
And last but not least Bandung in West Java will be maybe all time stay young by of the so much Universities there.
Special for me it is one important: The Institut Teknologi Bandung- the ITB. 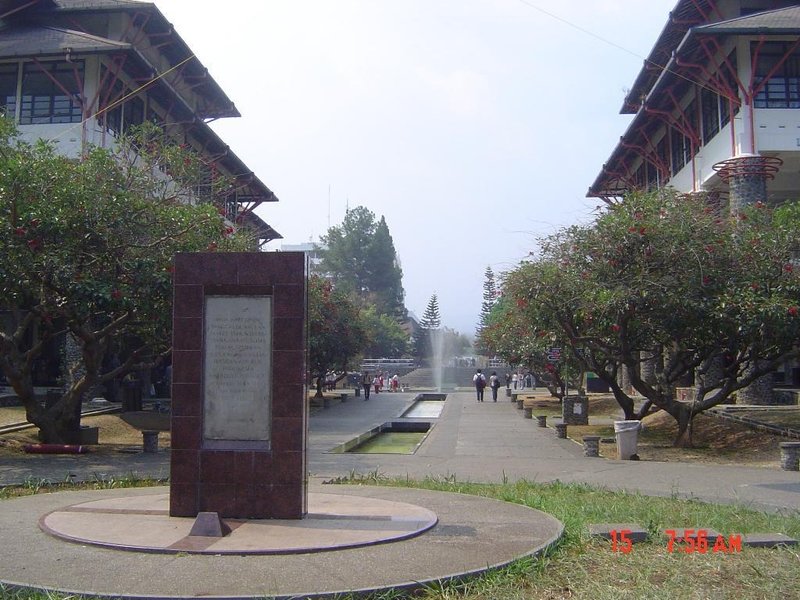 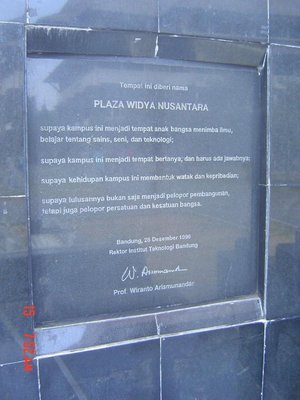 At this view the of old historical ITB south entrance, young students and nice colored bougainvillas. 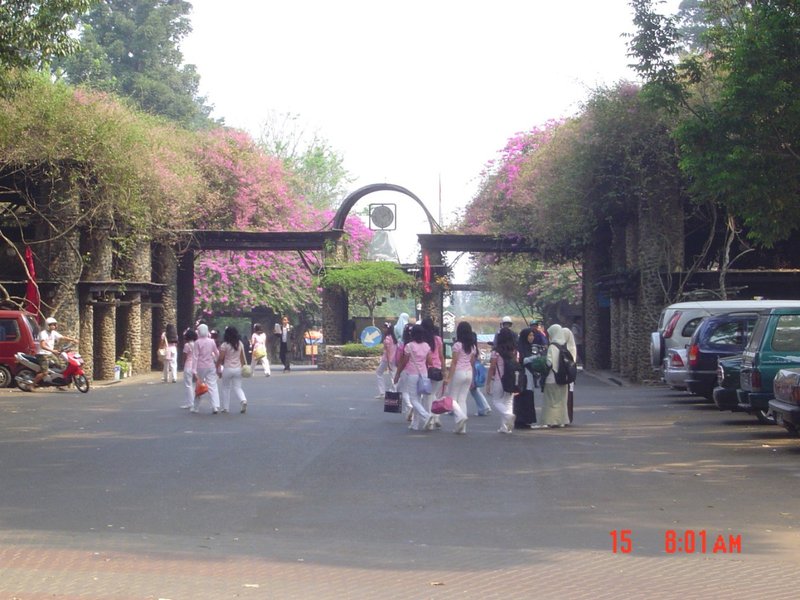 Bandung Astronomy
For me as interested in Astronomy is of course of special interest the Astronomy Department,
connected with the near BOSSCHA OBSERVATORY in Lembang. 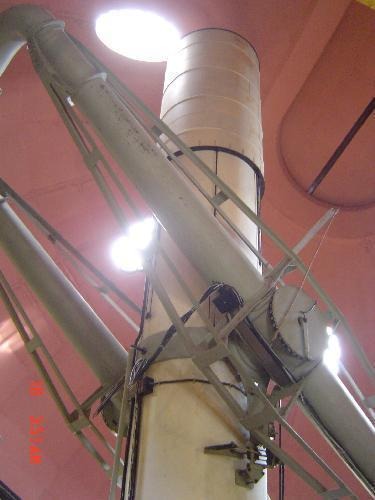 it is situated Lembang so at halfway between Bandung and Tangkubanperahu. So if you have time, please don`t hesitate notice the blog "Bosscha Observatory in Bandung, Indonesia"

A caleidoscope from last Bandung travels
Here as first a view of the Bandung City Hall area (kotamaja Bandung). 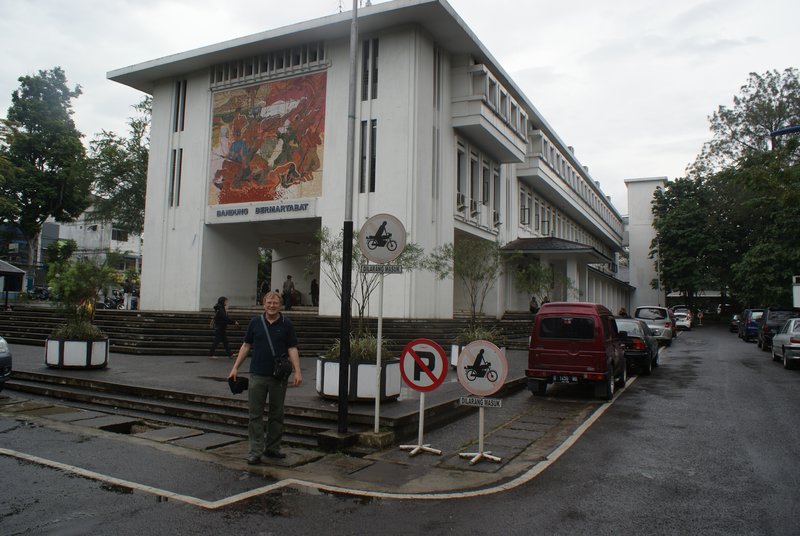 Bandung in history time and today as Centre of West Java, later than. Bandung is from history not a so old city, became great as "Bandoeng" by the Governors of the Dutch Administration two centuries ago..... some more remarks of all this

As removing the content from my VT site even some about Bandung will be completed next time but in separate Blogs!
( so as remarks about seeings in and around Bandung, the historic buildings, the hot springs in north mountains near the volcano, the tea plantages around and the "kawah putih" in south mountains.... so much and anyway - only some little impressions each

Pros and Cons
• Pros: Bandung -much of historic and today, nice mountain area roundup
• Cons: To much traffic jam, full of much Jakartian Tourists at Weekend...
• In a nutshell: Very interesting City- a must, if want to understand Indonesia!

Previous Next Table of contents