"Pulau Ambon over the seven seas"

Pulau Ambon by ullfri49
(will be completed)
Coming again to Ambon It is for me ever a long awaited review - " Hallo again" Ambon Manisee....
Writing this, just back in April 2017 from a new travel to Maluku and Pulau Ambon again, it will be from my experience difficult and to much to put in one blog. So I will in next mention more, time by time, one part after another.
Same in next to nice Pulau Saparua on of the Lease Islands.
So as first remark this short lines..

View from window over the clouds on the way, over blue Java sea on the way to Ambon 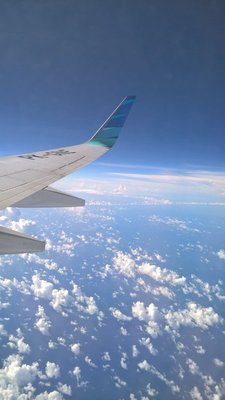 First steps to pulau Ambon at Pattimura International Airport...
Coming from Ibukota Jakarta it is a time jump of two hours eastward, and from Germany you must count eight hours difference in the winter and seven hours in the summer- a third of a day- real you are now at the other side of the earth near the the Pacific, the Great Ocean. 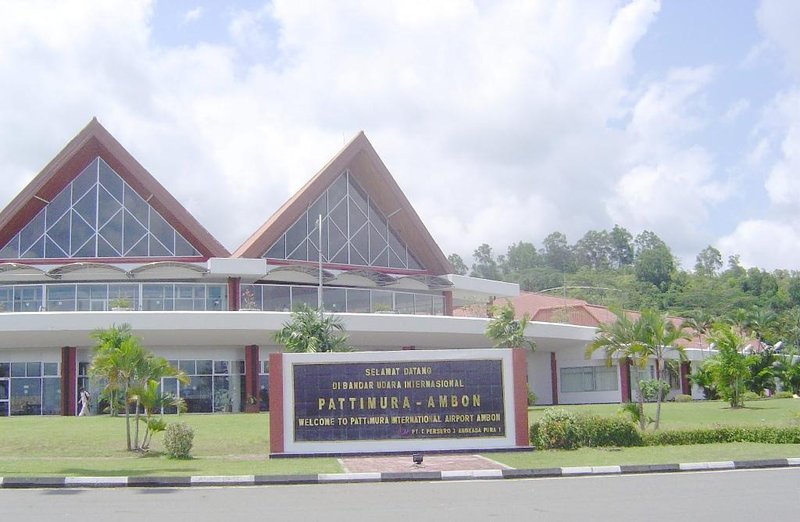 And real, the north part of Maluku province with Halmahera is at the Melanesian part in the waves of the great wide Pacific Ocean.
Coming out of the airplane, you will feel at the first steps the other kind and feeling.
From the weather - more tropical sea weather seems to me. 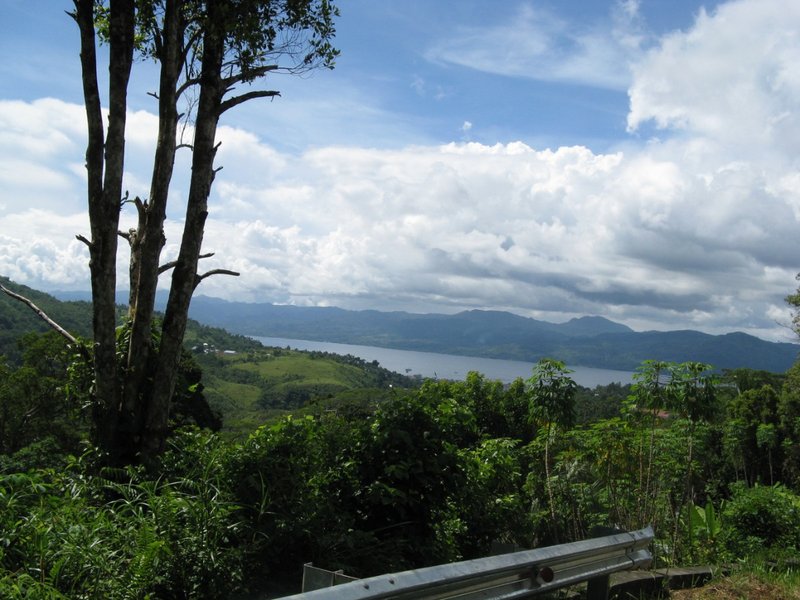 In special when coming , seeing the green around at the Ambon town hills and the bluegreen in the haze of the peaks north of Ambon bay.
So different colours compared with dusty gray Jakarta mostly that time...
First after arriving we managed again this photo at the bay- 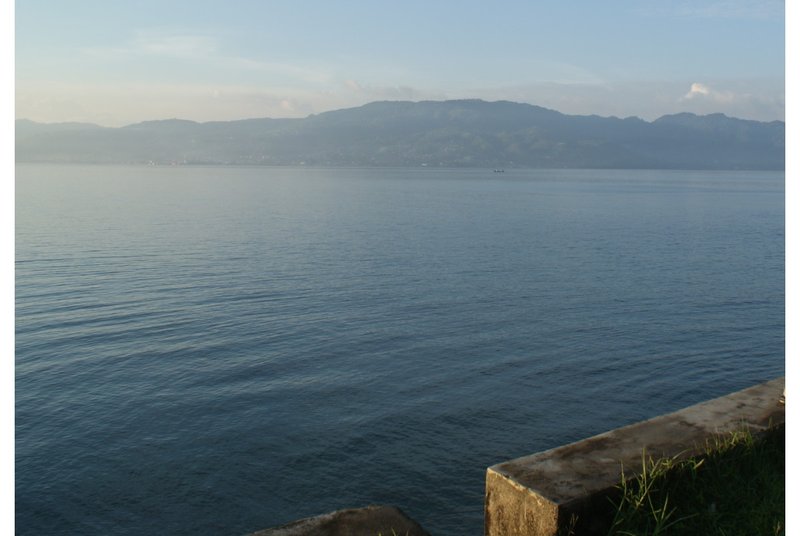 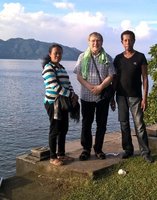 in behind the Ambon town in the haze of the morning. 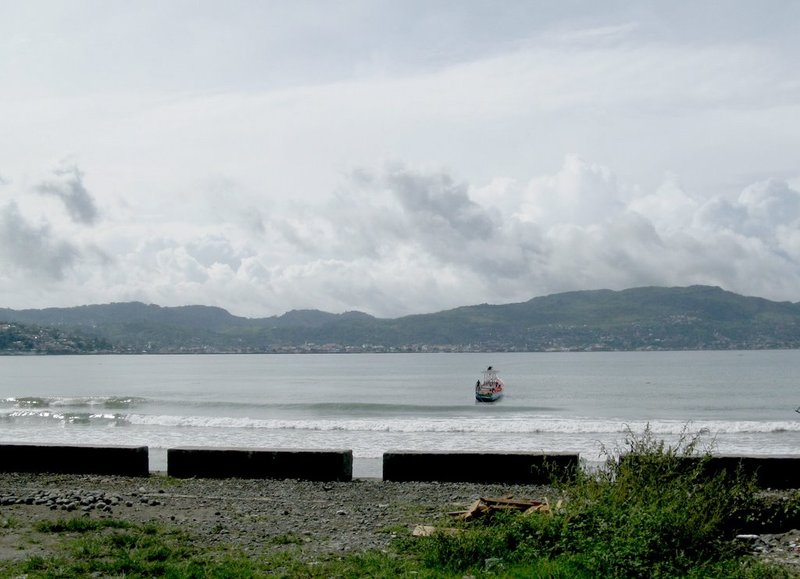 Staying in Ambon island
Pulau Ambon is the name of the special double Island, connected only by a small land bridge.The town Ambon the capital of Maluku Province is situated at the bay at south part
And often the people talking in far Jakarta about "Ambon"- make not difference between it.
Very quick one will find out it's special charme-
"Ambon Manisé "- much new you will find - and one of of this is the music! (Find out in YouTube). 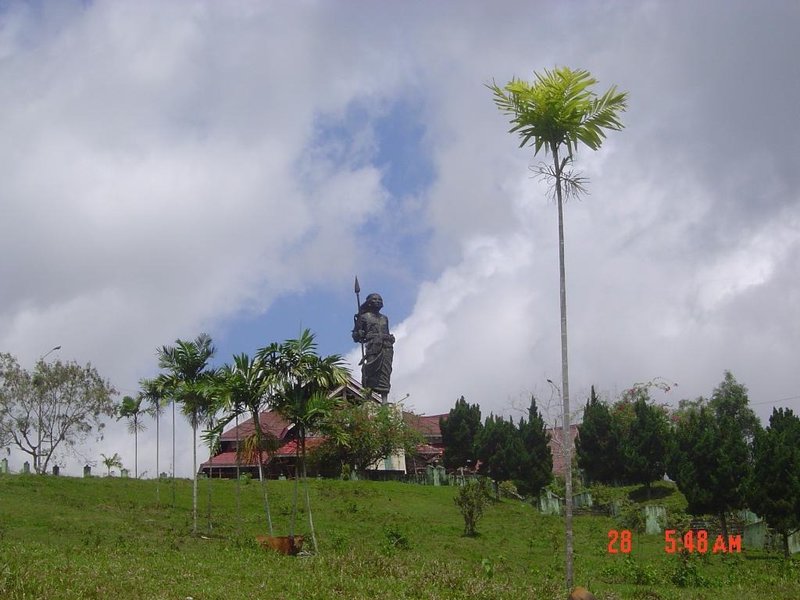 Of course pulau Ambon, the Ambon Island the door to Maluku Province of Indonesia-
in special to the "Lease Islands" - so the Pulau Haruku and Pulau Saparua are often mentioned, you will have a good start from Ambon.
But this as first, more later, this little only as beginning for this little travel side about Ambon Manisé ---
If interested in more about Ambon town find my remarks at the TP-"Ambon Manisee" .
But the Island is not only the main town, Pulau Ambon has many interest sites. 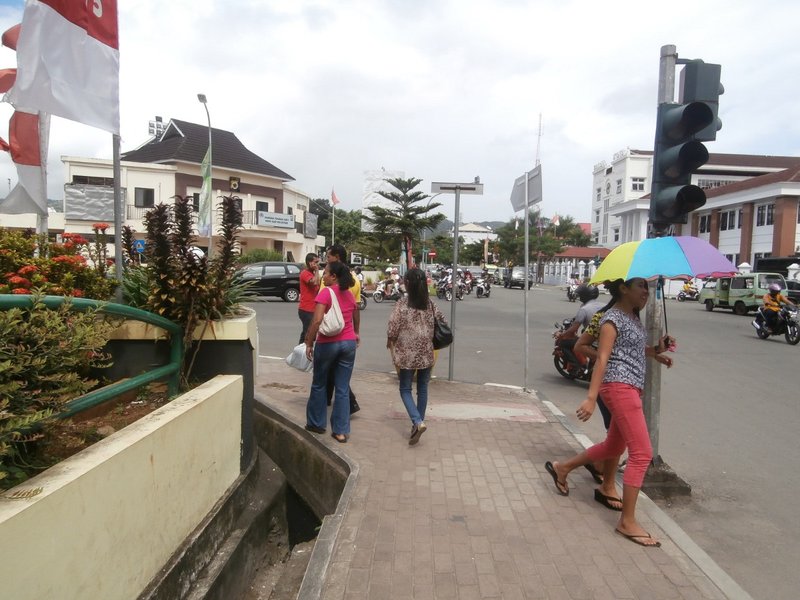 Pulau Ambon south part
On the southcoast to the Banda sea will you easy find the Pintu Kota Ambon. A nice sighseeing place with som interest views. And in other you will find the a part of undisturbed tropical vegetation. 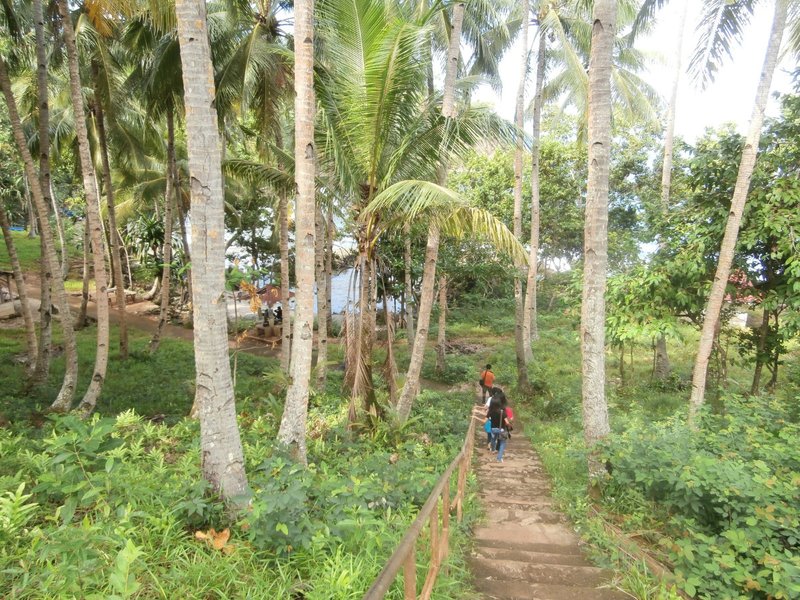 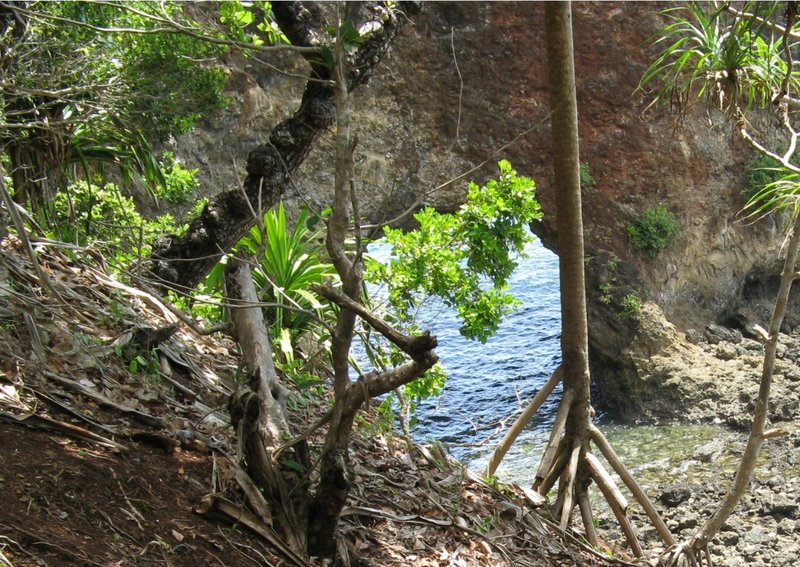 Not so far away from Pintu Kota is the Santai Beach. Nice bathing place in the waves of Banda sea. Bit difficult cause of unterwater corals until the beach- better everytime take sandals there. Here a typical warung all nice and with Ice! 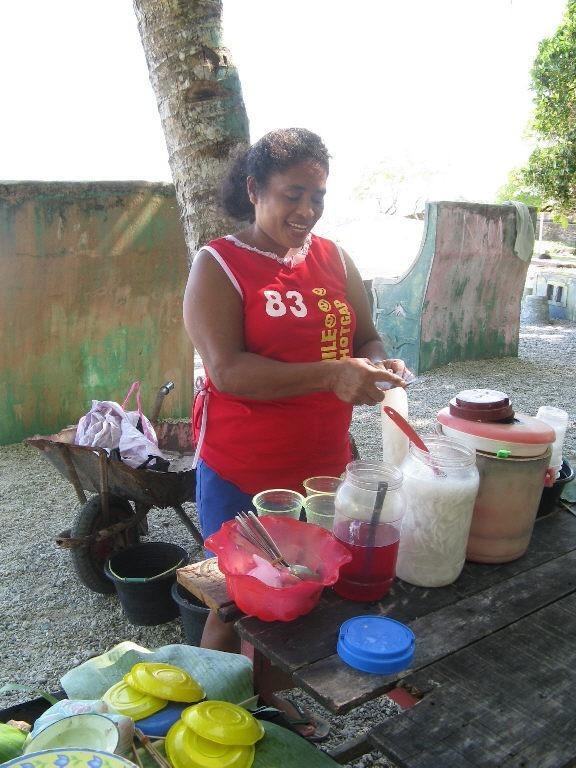 Ambon bay
Good view over the Ambon bay - here at the photo in the direction of Laha where the Pattimurah International Airport is. 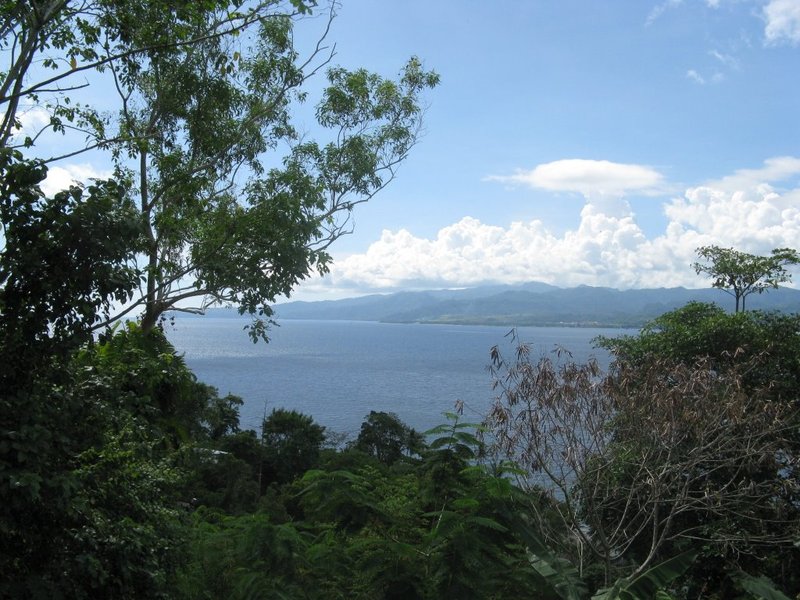 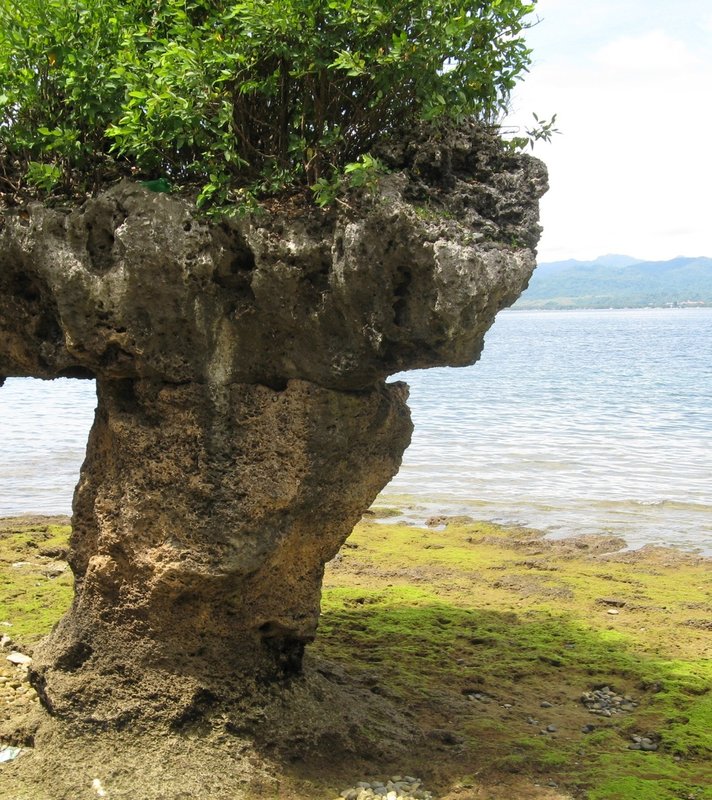 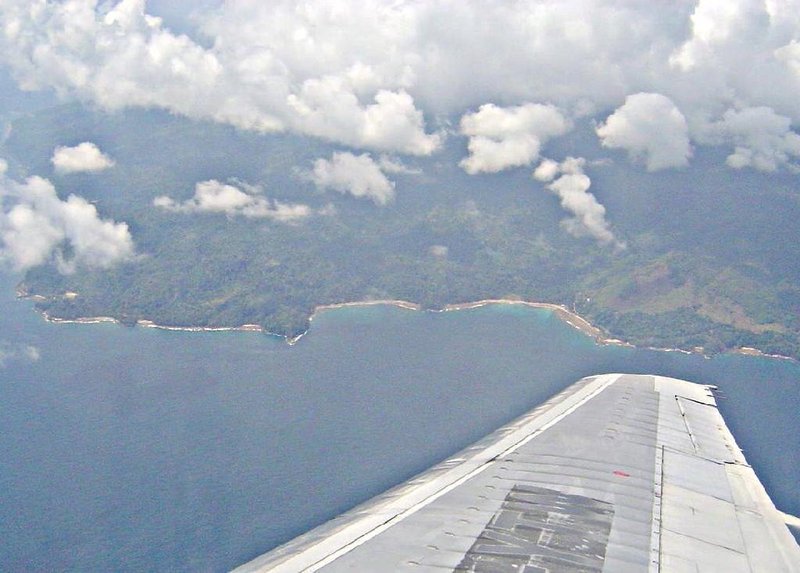 One time the travel and time will be over -
and starting with the jet,
again the last view to the north coastline -
until it will disapear in the clouds,
going westward again-
Ambon sudah jauh-
good bye Ambon - sampai jumpa lagi.

Pros and Cons:
• Pros: Pulau Amboina is a very nice tropical Island in the eastern Indonesia
• Cons: But so far away - far over the seven blue seas
• In a nutshell: Ambon Manisè, one wishes to visit and travel again one times again